Adding a good song to the world: the soundtrack of my journey to epilepsy surgery 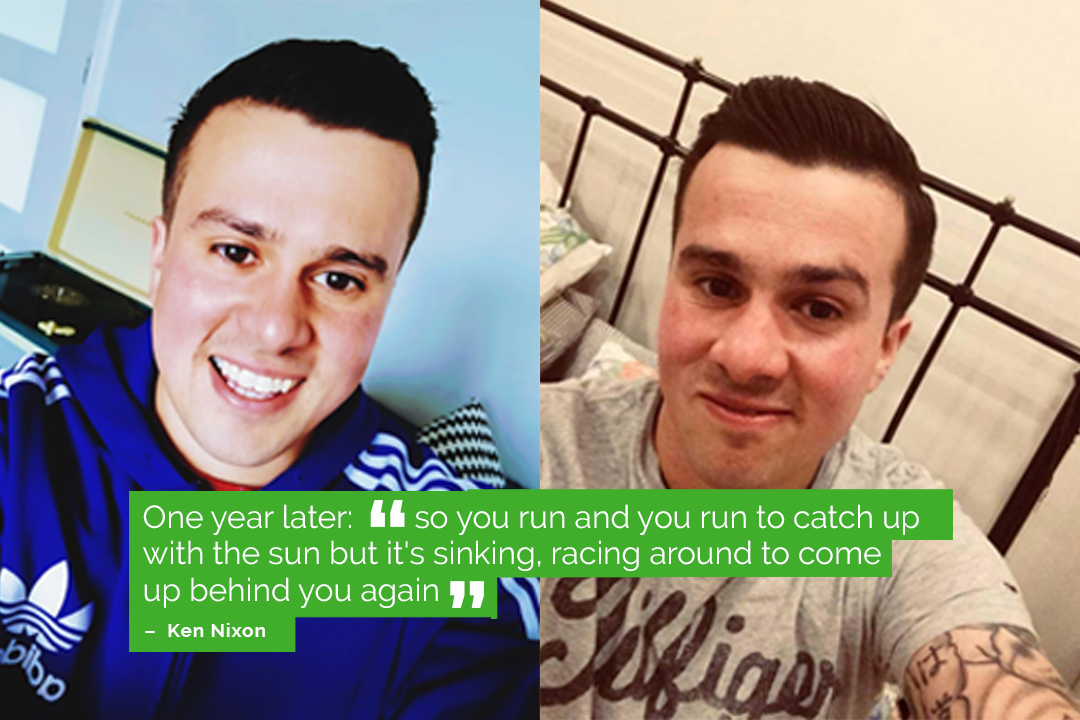 Dylan Thomas once said that the world is never the same once a good poem has been added to it, I think the same can be said of a good song lyric. They stay with you and can change your perception of the world. I also feel the same way about the seizures I experience. Or maybe that’s how they make me feel? I’m not really sure.

Since I first wrote about my experiences with epilepsy , things have changed. In 7 days, I’ll be undergoing brain surgery – a temporal lobectomy, to be more precise. The goal is to remove scar tissue as well as a brain tumour I thought I didn’t have. A biopsy will then be performed on tissue from the brain tumour to determine any abnormalities. After that, radiotherapy. It’s a lot to contemplate, but it helps to talk – or write – about it.

“Time just lingers on the wind, bristlin' through my open fears, I wonder what it's going to bring”

My initial epilepsy diagnosis concluded that the attacks I suffered from were complex partial seizures, the most common type of seizures associated with epilepsy. Rewind to 28 March 2018, when I wrote my first blog, I was 15 days seizure-free. That only lasted 6 more days (There went my chances of having a Vespa for summer 2019). My condition was progressively worsening, and manifested into tonic-clonic seizures, which can be fatal. They affect both sides of the brain, and consist of two distinct phases: a tonic phase – where all the muscles stiffen and the person losses consciousness, and a clonic phase – where the limbs begin to convulse rapidly and rhythmically.

Premature death in people with epilepsy is more common than in the general population, with sudden unexplained death in epilepsy (SUDEP) being a common cause. Evidence suggests that 1 in 1000 adults with epilepsy are at risk of SUDEP. There is no exact way to determine if someone will have SUDEP, but Epilepsy Action highlights a correlation with tonic-clonic seizures. They also list risk factors such as having more than three tonic-clonic seizures in a year, particularly at night. Three in a year? I’ve had four in one night (99% of my seizures are nocturnal), no need to detail the other 364.

More in-depth testing has since revealed the true extent of my condition. Not only do I have scar tissue on my right temporal lobe, a contrast MRI also revealed a low-grade tumour. On my second appointment with a neurosurgeon, surgery was on the table.

“… this place is our prison its cells are the bars, but take me to town, I wanna dance with the city”

I began to feel as if I was running to catch up with the sun, imagining it sinking, further and further with every seizure. The jaded side of me briefly thought about everything that could go wrong. But the sun soon came up behind me again and I remembered how much I love feeling the heat on my back. Imagine what could go right?

The Magic Roundabout of medication I’ve been on hasn’t gotten me anywhere. Anticonvulsants have been as much use as Dougal and Zebedee. I’m tired of feeling like a stranger in the world, and I’m sick of sleep constantly evoking a sense of the unknown. Admittedly, I’m leaving a roundabout to hop on a helter skelter, but surgery could mean emancipation.

I decided to share my thoughts again because my outlook hasn’t changed, and a mega-tonne of negativity won’t change a thing. I’ve danced on the fringes between optimism and melancholy, I understand the darkness, the lethargy and feeling hopeless. But even at my worst, I’ve retained a sense of purpose and direction.

“Buttoned up in your favourite coat, stepping out to a different world and you might be home late”

I’m ready for this, and I’ll get through it with the help of an amazing group of friends and family by my side. Honourable mentions here go to a special lady in my life. Whenever I feel like the man on the moon, she’s my paraselene. I’ll never be able to thank her enough.

I’m ready to court the squall that will come post-surgery too. I’ll keep my mind occupied and my body active. I might even revisit the latest Arctic Monkeys album, who knows, a side effect of surgery might help me understand the trappings of the fictional lunar hotel that Alex Turner has built round himself. I don’t think I’ll ever understand that tan safari suit and yellow tinted glasses ensemble though.

And even if that doesn’t happen, one thing is certain, it won’t be long until I’m painting the world anew, doing mic-drops in karaoke bars after a blistering rendition David Bowie’s ‘Heroes’. I’ve said it before and I’ll say it again, Godspeed!

I’ve you’ve lasted long enough to read my ramblings again, please give them a share, or donate to Epilepsy Action. Positivity can be infectious. Someone reading (epileptic or not) might find themselves caught with that tiny fragment they need to see the silver lining in their situation.

Notes on song lyrics, in order of appearance:

- “So you run and you run to catch up with the sun but it's sinking, racing around to come up behind you again” – Time, Pink Floyd

- “Time just lingers on the wind, bristlin' through my open fears, I wonder what it's going to bring” – Above the Clouds, Paul Weller

- “… this place is our prison its cells are the bars, but take me to town, I wanna dance with the city” – The Boxer, Editors

- “Buttoned up in your favourite coat, stepping out to a different world and you might be home late” – Travellers Tune, Ocean Colour Scene