MasterChef and Me: How the four-day working week led to TV stardom! 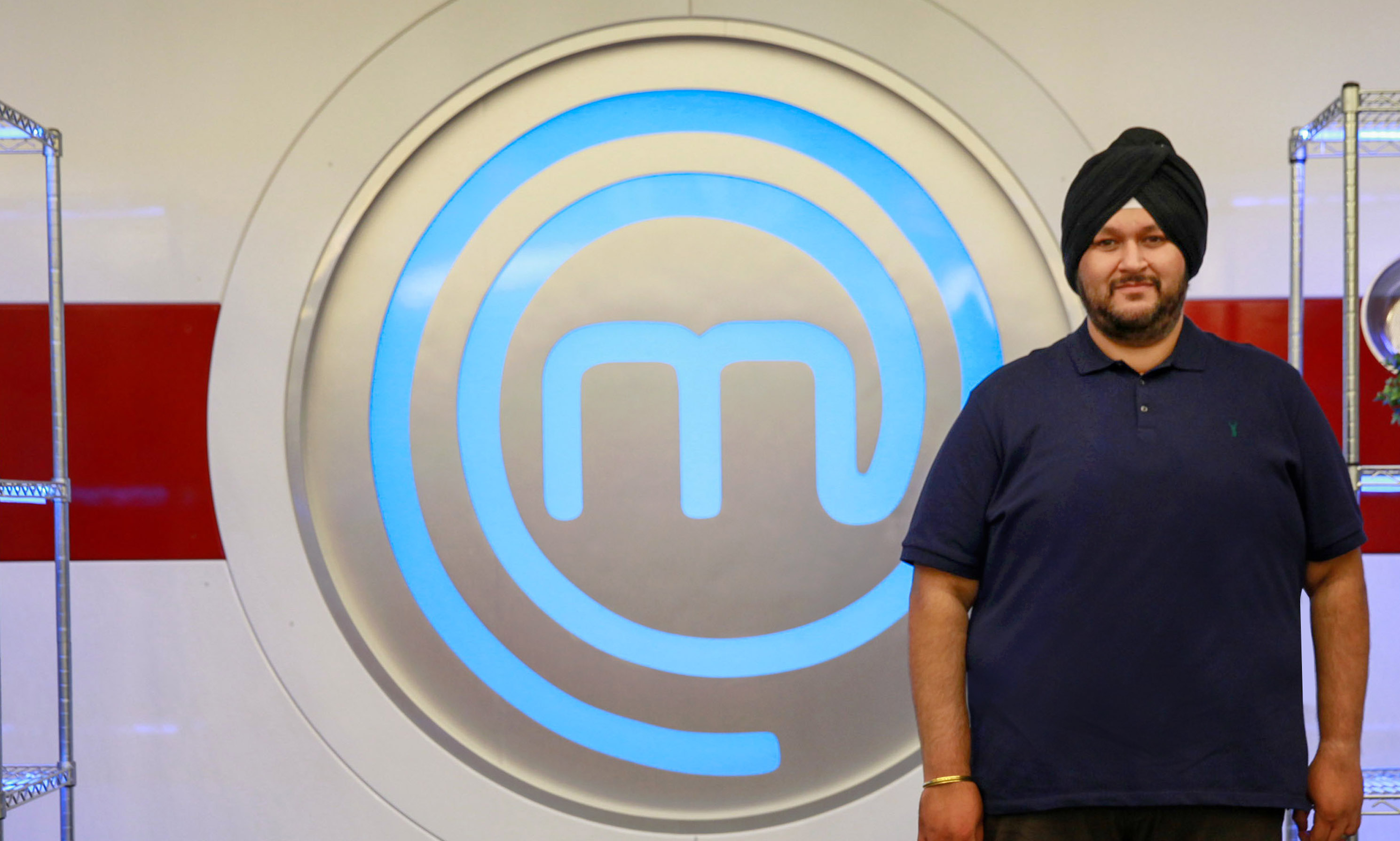 ‍Our Senior Designer, Jasmeet Dial, explains how he used his extra time off to become a contestant on the UK’s biggest cooking show…

I started my role here at Synergy Vision mid-August 2019. It’s always a bit daunting starting a new job as you always want to put your best foot forward and make a good impression.

The first couple of weeks went by quickly thanks to the usual stuff that accompanies a new role and a looming creative pitch that required lots of time and effort to get right.

I was sat in the studio on a late Wednesday afternoon when, to my complete surprise, I received a call from the casting producer at MasterChef –  they wanted me on the show!

So, how did this happen?

For a long-time now I’ve enjoyed cooking and trying out various recipes and cuisines on my friends and family who told me that my food tastes really good.

Year after year my wife, Kam,has tried to convince me to apply to MasterChef, but I never really had the confidence to. Eventually though, in February 2019 I decided to give it a go!

I filled out the (very!)extensive application form and sent it off…

It all went quiet then and it wasn’t until the end of June, that I received a call from one of the casting assistants who gave me a successful telephone interview which led to being asked to attend an audition in London in July.

I was buzzing to have made it to the auditions where I had to take in a dish I had prepared at home – crispy cauliflower in a sweet chilli sauce with tamarind and lime noodles  – for the casting producers to taste and ask me lots of questions.

The audition ended with them telling me that if I haven’t heard back from them by the end of August, I could assume I hadn’t made the cut – thankfully the call came through to say I’d made it!

During the call, I was unsure if I should accept the offer as I knew the commitment would be intense and having just started a new job I didn’t want to let my new colleagues down.

I told the casting producer I would call them back in an hour.

I then spoke with Eileen –Synergy Vision’s MD –  and explained what had just happened.

Eileen was overjoyed (MasterChef is one of her favourite shows!) and told me I would have Synergy Vision’s full support and that I should definitely go for it!

Eileen advised me to use the four-day working week to my advantage and  create flexibility in my working week to accommodate the day-to-day work and whatever MasterChef had in store for me.

If the four-day working week wasn’t in place – along with the flexible working environment and a supportive company culture – my involvement in MasterChef probably wouldn’t have happened and I would have missed out on one of the most memorable experiences of my life.

It was every bit as intense as I thought it would be but I’m not going to give you all the details here as I want you to watch it as it airs – Monday night, 9pm, BBC1! Please follow me @jasmeetcooks